Well… It’s that time of year already! The end of August also brings about the end of the AFL home and away season. What a weird and wonderful season it’s been with some surprising results leaving tipsters across the nation dumbfounded! But enough about other tipsters… it’s time to check out how our Zobel tipsters did!

Was it the meteoric rise of the Brisbane Lions that left our tipsters bewildered? Maybe it was the Melbourne Demons slump to cellar dwellers? Or was it the Blues late season run (3 out of the last 5!)? 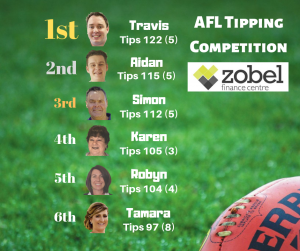 Well with 1 round to go this is how we sit:

It may not be how some predicted it, but baring a miracle (or a nightmare – whichever way you want to look at it) it seems Travis will take home the top tipster award for 2019! Although he would swear otherwise, office rumors have us wondering whether his courage to tip against the Saints saw him rewarded with the ultimate success.

Unless Aidan can somehow makeup 7 tips this weekend, Travis is well home. However, maybe Aidan would have been within striking distance had it not been for his faith in a very poor Adelaide Crows outfit all season that, as Andrew put it perfectly, “were just making up the numbers again”.

Simon’s efforts although modest, left some in the office pretty surprised due to how much he talked his tipping game throughout the preseason. A strong finish could still see Simon pip Aidan for second but maybe a little more faith in the Saints than Travis is what let Simon down here?

The battle for 4th and 5th is an interesting one with only 1 tip separating Karen and Robyn. Karen initially set out the season with little confidence and the intention of battling Tamara for last position but as the season grew older she gradually worked her way into the middle of the pack. Robyn came bounding out of the gates, leading for the first few weeks, but her love for the Richmond Tigers and key injuries to some of their stars saw her slip down the tipping ladder as the Tigers dropped back to 4th.  – This will be the one to watch in the last round as the two longest serving tipsters do battle for 4th place in the last round.

Finally, Tamara’s quest to last position seems all but complete, with a handy 7 tip shortfall….. or should I say lead given this is what she was aiming for? Her faith in the Blues has been inspiring to say the least and had it not been for their late string of form she may find herself with more of a gap between the pack. Congratulations Tamara!

Well there you have it, well done to all on another season of tipping. As the home and away season draws to a close and finals begin, let us know who you are looking forward to watching in the finals?

Also, feel free to give us feedback on our tipping…

How did you go in your tipping competitions? Let us know if our current average of 109 correct tips as a group seems low, high or around the mark compared to your group of tippers! 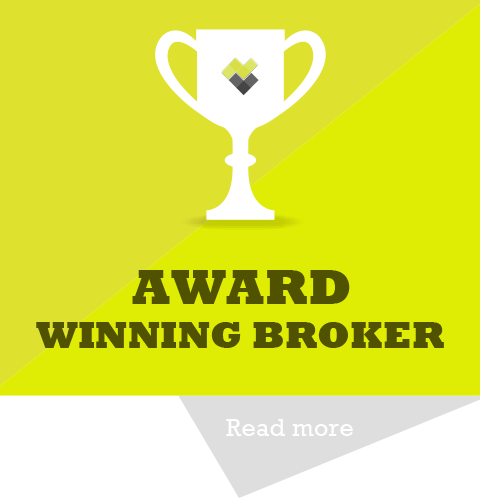 Enter your details in the form below to request a call back and/or appointment with our staff.

Enter Your Details To Get Started

To be eligible to win this competition you must receive unconditional approval for a home, personal, commercial or equipment loan taken out via Zobel during the promotional period*.

Enter your details in the form below to request a call.

Book a Spot at The SMSF Information Night

Book a Spot at The Property Investment Night